Jane’s Island State Park and Crabbing in the Chesapeake Bay

Years ago, when we owned a seafood restaurant in London, ON, it was a big day when soft-shelled crabs arrived from the Chesapeake Bay. These crabs moult once a year and are considered a one or two week a year treat and a great delicacy as their new shell is very soft and you pan fry it and eat the whole thing.. Even the hard shelled Chesapeake blue crab is quite expensive and not often available in restaurants outside the Chesapeake area so we were anxious to have a feed while there. The experience of cooking and eating them is quite different from the soft-shell ones.

The crabs were not moulting last week when we were at Jane’s Island State Park outside Crisfield, MD  but the hard-shelled variety were readily available.
We were really excited to learn that we could go crabbing in the waterways in the camp ground.  So guess what we did for my 70th birthday – we went crabbing. And had a ball.
First we needed to collect the tools we needed – a net, a ball of string and some turkey necks to use as bait.
What you do is tie the turkey neck to the end of a string. Lower it into the water until it touches the bottom. Then tie the other end to the dock in some way. And wait. Didn't seem too complicated but it is always good to have an experts help. Phil and his girlfriend, Carol, were camping two sites down from us and spent their days crabbing. He offered to show us what to do and we gratefully accepted. 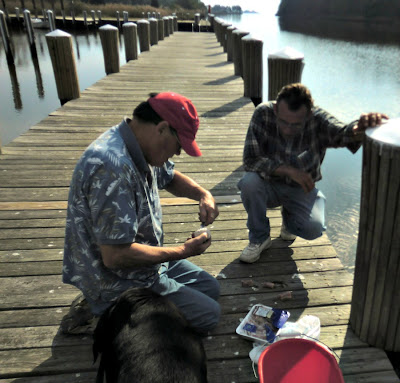 He showed us how to secure the turkey neck to the string so we don’t lose it.

We put about 6 lines in the water. Then we waited until the lines started to tighten and move. This indicated that we had a crab dining on the turkey neck. Then you must spring into action very carefully, pulling the string, crab and turkey neck up until you can get the net underneath and scoop up the crab without losing it. 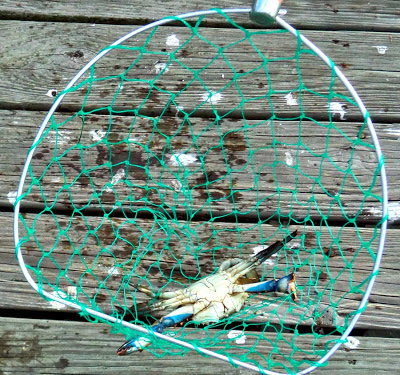 Apparently the crab can see and hear very well and if spooked, will let go of the turkey neck and get away. We lost a lot that way J
Once caught, you shake the crab from the net, pick him up very carefully 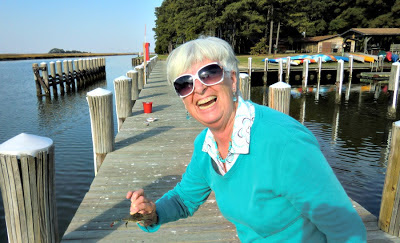 and put it in a container with a bit of water.  If the crab is less than 5.25’ wide (across the back shell) or a female you must throw it back in – we returned a lot to the bay.

Phil showed us how to rub the crab’s underside to put him to sleep, the same as you would do with a lobster. 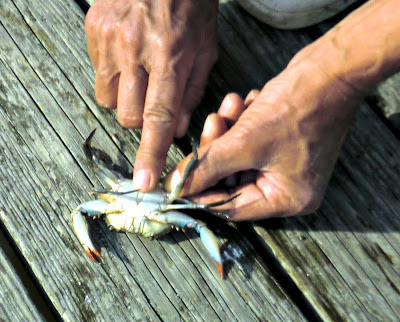 While Arch tended the crab lines Carol showed me how to remove the meat from the cooked crab. It’s called “picking the crab”. Usually the table is covered with newspaper and everyone sits around picking crab and drinking beer. You need a lot of crab per person – at least 4 to 6. 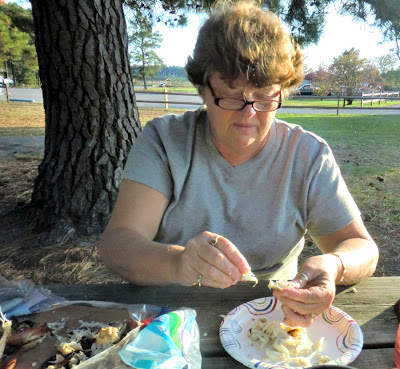 It is important to discard the little pointy pieces of cartilage on the crabs underside. Called “the devil’s fingers”, they are said to be poisonous. 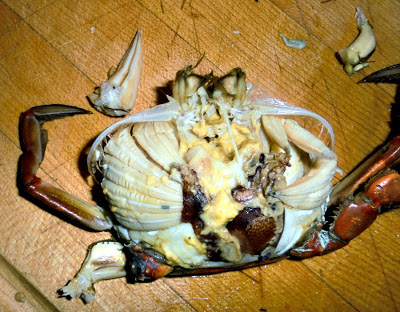 By the time evening fell Arch had 6 good size cabs so off we went to get some beer to use to cook them, and drink with them. Our first experience with a drive thru beer and soda shop – interesting. 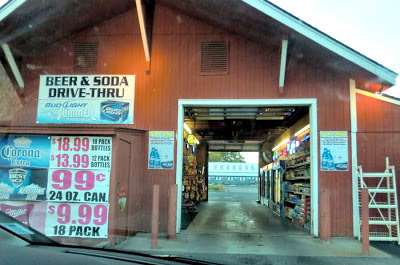 Most people told us to steam them with water but then we met another fellow on the dock who gave me this recipe:

In a large pot put a couple of inches of water, ½ cup beer and ½ cup vinegar. Bring to a boil. Place the live crabs in a steamer basket and set in the pot. Do not let the crabs touch the liquid. The goal is to steam them not boil them.  Sprinkle with Old Bay Seasoning and steam 15 to 20 minutes until they turn red. You are also supposed to pour ½ cup melted butter over them. I did not do that but served the butter on the side, as we do for lobster. 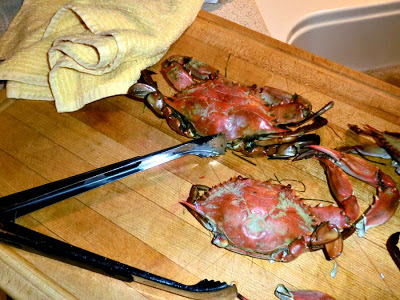 Once cooked, dump from the steamer to a chopping board and let sit until cool enough to handle. Start picking. 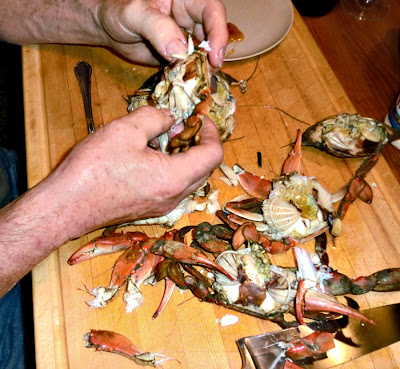