The Gulf of Mexico is very shallow along the US Gulf Coast from the Big Bend (where the Florida Panhandle starts) to the Texas coast. And the water is the warmest in the US. As a result they deal with a lot of hurricanes and are good at it. But sometimes as storm gets the better of them. Such was the case with Katrina, as we all know. Another that will stay in memory for a long time is Hurricane Isaac which came ashore at the same place as Katrina, 8 years to the day later, in August 2012.  Both storms produced large storm surges that caused unbelievable damage along the coast.

As we drove along highway 90, that runs along the gulf of Mexico, often right beside the ocean, we saw plenty of evidence of storm damage. 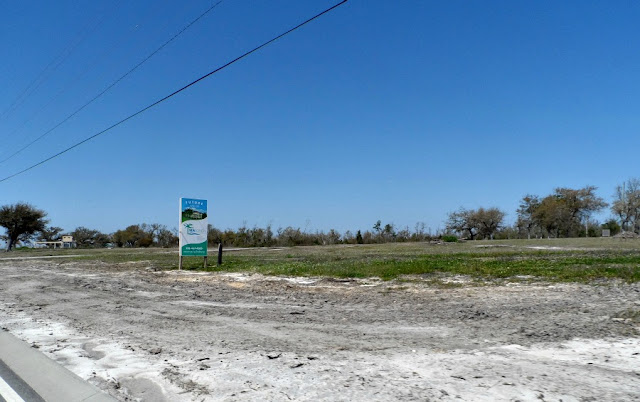 There is a lot of vacant beach front (Hwy 90 runs between these properties and the beach) property with concrete pads where buildings once were. In some cases this damage went back to 3 blocks from the ocean.

And a lot of evidence of homes on stilts that were simply blown away: 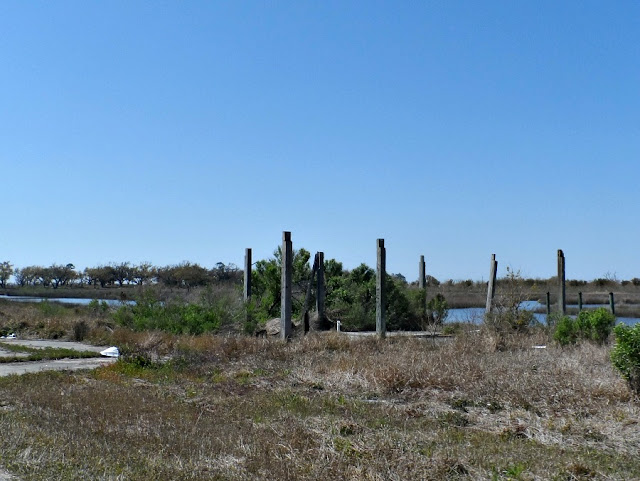 But also a lot of rebuilding is happening: 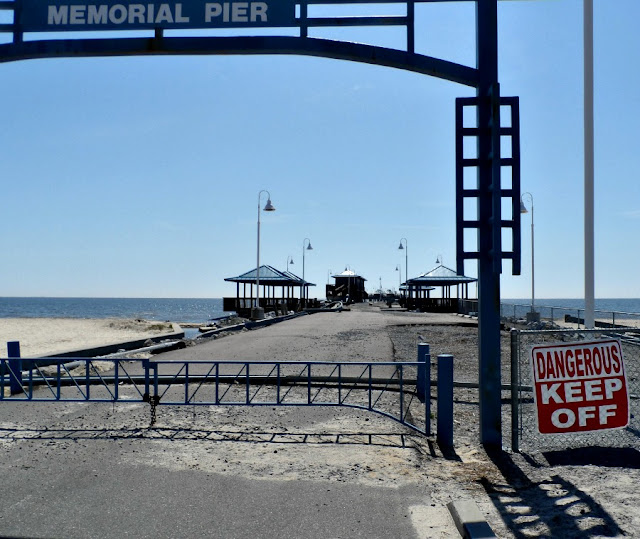 It looked as though it will not be long before this pier reopens.

And the buildings look like they are being built to withstand quite a storm: 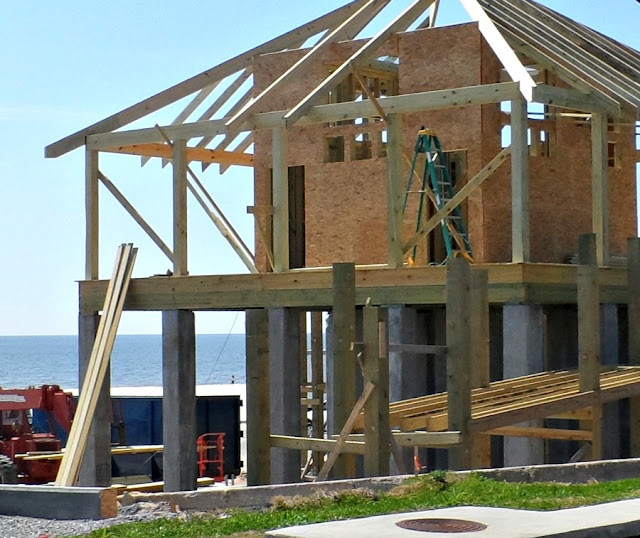 The building on cement pillars above will be public bath and change rooms when completed.

And home owners appear to be determined to stay: 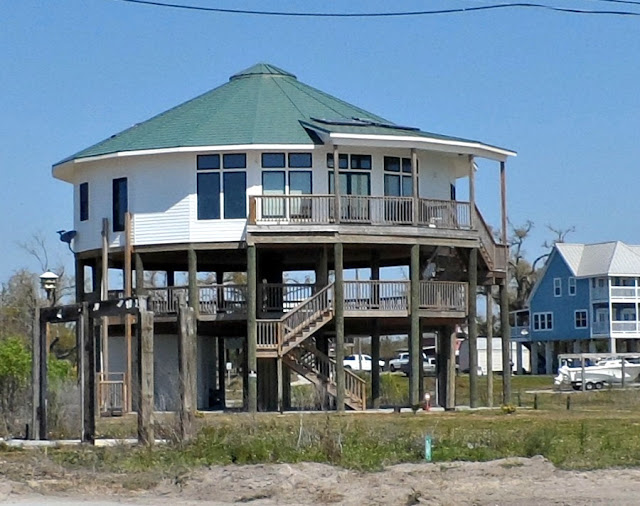 When we were driving through the bayous south east of New Orleans we came across the scene below. It really tells the story of hurricane damage and recovery. The first thing that caught our eye was this steeple sitting on the roadside with the time for church services on a small sign beside it. 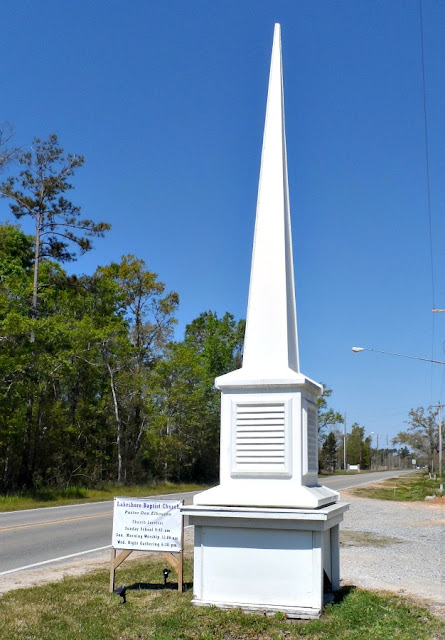 Then we noticed a steel shed with a "fancy" entrance. A temporary church: 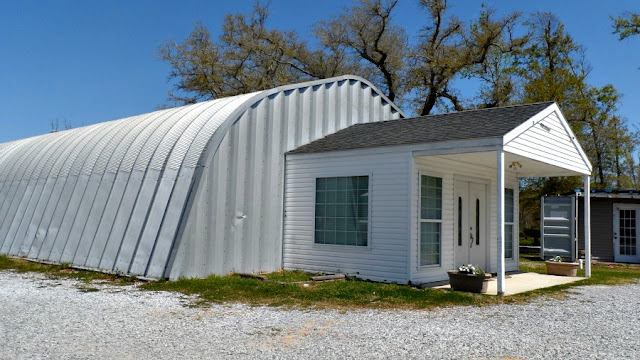 And behind it signs that the church is being rebuilt. On stilts it appears: 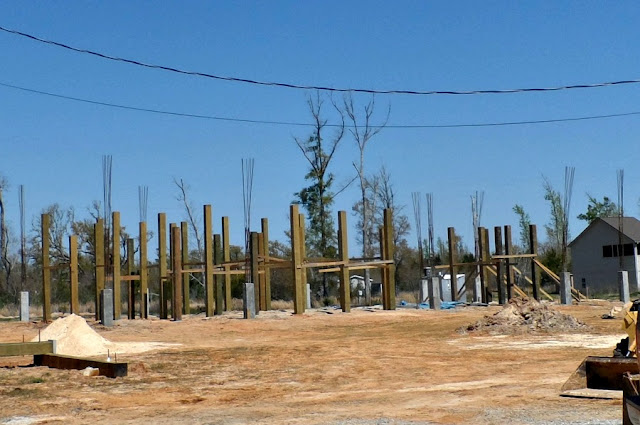