Being Canadians we didn't know a lot about the US Civil War. We knew that the southern states fought the northern states over the issue of slavery and the desire of the South to be independent of the government in Washington. And that the North won. And that was about it.

On our drive south we passed many battlefield sites and memorials so when we got to Jackson Mississippi and discovered that the Vicksburg National Military Park was just 40 miles away we decided to spend a day there.

When we arrived our luck for getting things for free held. They were short-staffed and, as the gatekeeper was at lunch when we arrived, we got in for free. We offered to pay in the gift shop but they just sold gifts and did not take entry fees. :)

The 1863 surrender of Vicksburg on July 3 and 4th, along with the defeat of Gen. Robert E. Lee's army at Gettysburg, July 1-3 marked a Civil War turning point . The fighting continued for 21 more months, but Federal control of the Mississippi River helped to ensure the survival of the Union.

Our visit started with a short film describing the siege (which lasted 46 days) and then we took a 16 mile driving tour of the battlefield:

This picture depicts about 1/3 of the major field of battle and the driving tour went around it – the Union side first (I took the picture there) and the Confederate side opposite. The battlefield is huge. I took the photo above with my camera's panorama feature. To enlarge it, or any other picture on this blog, just click on it.

So many lives were effected by this one battle. So sad: 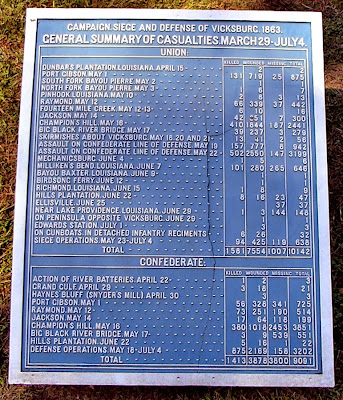 There are over 1300 monuments in the park. It would take many days to stop and check out all of them.
There was one of Gen. Ulysses S. Grant on his horse: 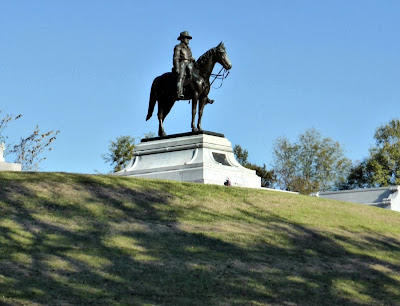 All the states who fought in the war had memorials to their regiments who fought. This is one of the more elaborate, for Ohio's Union soldiers: 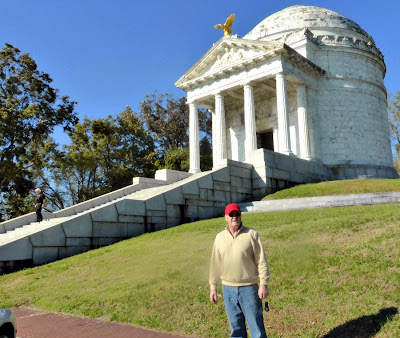 But the feature of the park we enjoyed the most was the U.S.S. Cairo Museum: 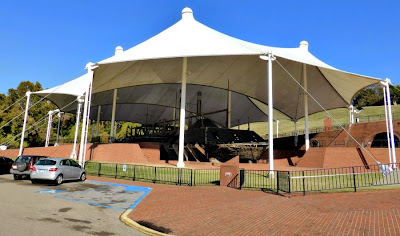 The Cairo was one of 7 ironclad gunboats boats build for the North in 100 days. 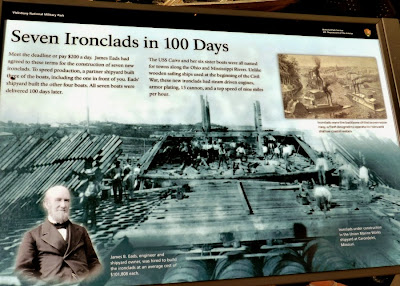 It was sunk in the Yazoo River north of Vicksburg in 1862. It is the first vessel ever sunk by an electrically detonated torpedo (today called a mine). 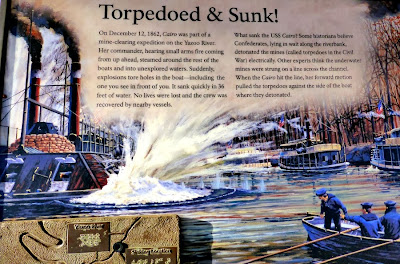 It is the only surviving Ironclad ship from the Civil War: 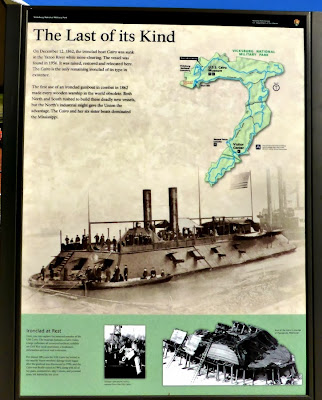 All and all, a very interesting day learning about a very significant time in American history.